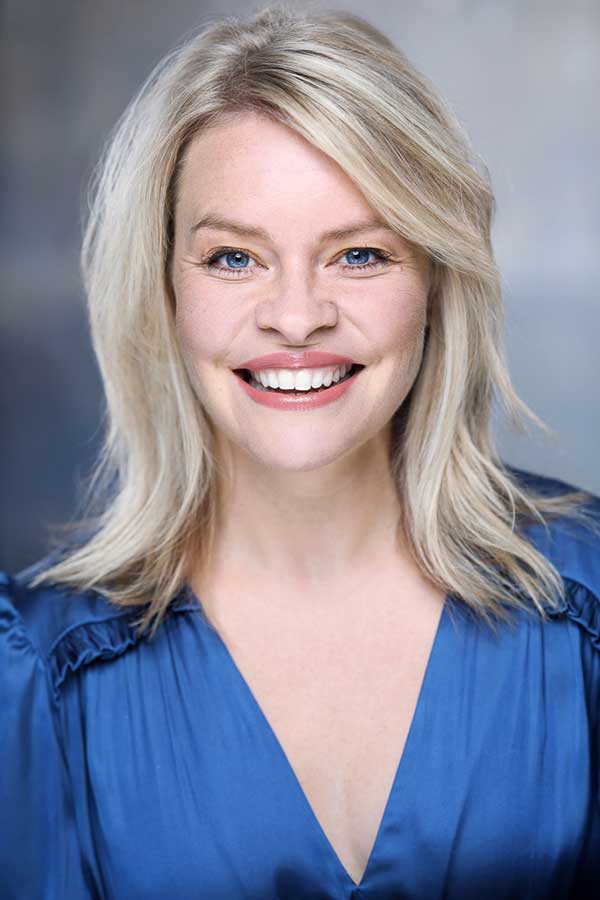 “Jane Quinn is equally sharp as a Hollywood reporter and Hayworth’s mother.”

“There is also some fine work from a versatile Jane Quinn as Volga, Hayworth’s cautious, practical mother.”

“Another notable performance is from Jane Quinn who played (almost all other roles) Young Rita’s mother, Volga Cansino. She does so with heart and a fearful knowingness.”

“Jane Quinn gets it just right as the hard-headed reporter, Jules Graham, who is Rita’s friend.”

“The show opens the door for moments of raw storytelling within a standard musical context. This is particularly utilised in early scenes between a young Rita and her mother which are tenderly handled by Quinn.”

“I also particularly enjoyed Jane Quinn’s Jennyanydots.  Cats have nine lives – but these ones will surely live forever.”

“Quinn excels as Ivy Crush, ‘the smart reporter’, with her spot on delivery of ‘Daily Echo’ and ‘Holiday Island’.”

“Jane Quinn delightfully epitomises all the Broadway hopefuls who toil for years in the background – indicating a photograph of Angela Lansbury dancing the title number in Mame, she announces that if you look at the third girl on the left, ‘I’m behind her.’ ”

“Jane Quinn’s Lucy, in love with Kleban, plays both passion and poignancy in perfect proportion.”

“There is a particularly touching performance from Jane Quinn as Lucy, who falls for Kleban’s talent at the same time as the audience, when she hears his enchanting “Paris Through The Window”.

“Each character was played with sensitivity and truth. A particular highlight came from Jane Quinn as Lucy.”

“Jane Quinn, who plays the organised, enthusiastic Lucy, deserves particular credit for her heart-breaking, genuine sorrow and grief as she read the will.”

“The cast apply themselves professionally and in particular Jane Quinn proved natural ability really is everything.”

“On the subject of voices and aplomb, Jane Quinn (Jenny) has phenomenal range of pitch and timbre, switching from cutesy straight-laced New Yorker Jenny (both sober and stoned) to the Mother Superior of Choristas.”

“Strassen has gathered together a highly talented ensemble who evidently find the whole affair a delightful experience judging by the way they embrace each role. Jane Quinn as Jenny proves to be a star turn.”

“Jane Quinn’s memorable voice is a rich addition to the ensemble as Jenny and the operatic commentary to Amy’s ‘Getting Married Today.’ ”

“The production was also characterised by strong singing, not least from Jane Quinn in Bless This Day whose purposely exaggerated warbles didn’t mask her fine operatic voice.”

“This was a warm-hearted, well-dressed show, with good performances from a sunny cast, especially Jane Quinn as the charming Fortune Teller.”

“There were outstanding vocals from Aladdin (Jane Quinn), she had a strong voice, looked great and added a warm sparkle to the glittery show.”

“The Grisettes of Chez Maxim are good singers, good dancers and all round, good looking! A hit on the stage and with the audience.”

“Quite the most bonkers performance of the night was Jane Quinn as Miss Lynch who remained in character even during the encore. Although well under 40, Jane played the school’s headmistress with the geriatric energy of a rampant arthritic granny on drugs. Barking mad but hilarious – my companion was in stitches.”

“Jane Quinn once again gives a great and amusing performance as Miss Lynch.”

“But the hidden stars of the show were…eccentric teacher Miss Lynch (Jane Quinn).”

“There were innocent comedy contributions from…Jane Quinn (Miss Lynch) who, though just a grown-up, turned a dancing leg as good as any of the young’uns.”

“There is also some excellent talent tucked away among the supporting cast, most notably Jane Quinn as Miss Lynch, the teacher who has the unenviable job of judging the dancing at the High School Hop.”

“Quinn’s voice in particular is powerful and evocative of the era when the message from women was, ‘We don’t want to lose you, but we think you should go’”

“Her voice was magnificent”

“There were some very creditable performances of difficult roles, particularly Jane Quinn as Mrs. Lovett.”

“The Show needs superb singers who can act, as well as actors who can sing. In the two portrayals of the central characters, this production has exactly the right balance of stage presence and dramatic voices for these depictions of depraved morality. Mrs Lovett, who turns to Sweeny’s production line for help with business is played with manic energy and ghoulish relish by Jane Quinn”

“Mrs Lovett in particular was a fine performer, her acting and singing providing the duel highlights of the production.”

“A star lead, Jane Quinn as Mrs Lovett, the pie-making accomplice. When Jane Quinn began to sing in mighty Cockney of the worst pies in London, the show took off and all of her duets with Stuart R. Smith – her calculations under her warm maternity, made you shiver at the bleak desperation in their music-hall songs, as holding on to each other in need and affection and shared crime they drown in the abyss of no going back.”

“Mrs Lovett’s pies might have been the worst in London, but Jane Quinn’s portrayal must surely have been one of the best in Edinburgh. With her flour-daubed red bodice and hair braided into devil’s horns, she gave a compelling performance that was a delight to watch.”